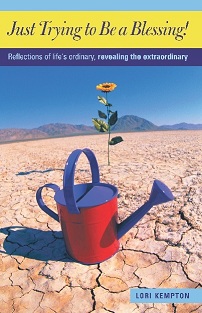 Were you one of those who were out all hours of the night trying to get a deal on Black Friday?  I personally prefer sitting in front of the fireplace with my laptop and a cup of coffee waiting for the Cyber Monday deals to pop up on my screen!  I’ve saved about $90 just this morning in three purchases already and I’m only on my first cup of coffee!  I didn’t have to fight the crowds, knock anyone down, or lose sleep.   I didn’t even have to get out of my pajamas!  For a person who hates to shop…life is good!We have all looked for a way to save some money at one time or another—even the wealthiest of the wealthy.  How do you think they got that rich?  It doesn’t come by paying full price for everything!  Sometimes this idea of getting the best deal flows over into other aspects of our lives as well.  Some don’t see the need to work for the deal.  The truth is that if someone gets a deal and saves a lot of money they have typically worked hard to find the deal and moved fast to get there before everyone else.  If you see a successful CEO in a company, chances are that person started at the bottom and worked their way up to where they are today.  Most people aren’t handed the top position without a lot of hard work and proof they can do the job.

As I was reading my Bible this morning, the scripture in Ephesians 1:17-20 struck me.  It reads, “…I keep asking that the God of our Lord Jesus Christ, the glorious Father, may give you the Spirit of wisdom and revelation, so that you may know him better.  I pray that the eyes of your heart may be enlightened in order that you may know the hope to which he has called you, the riches of his glorious inheritance in his people,  and his incomparably great power for us who believe. That power is the same as the mighty strength  he exerted when he raised Christ from the dead and seated him at his right hand in the heavenly realms…”

Wow.  Many of us reading have accepted the Lord as our personal Savior, but do we know Him like this scripture says we can?  Paul is praying for those he is writing to for wisdom and revelation…enlightenment so that they can know the riches of their inheritance and incomparably great power for those who believe.  It’s not just a little power here and there.  Paul describes it as the same mighty strength God exerted when He raised Christ from the dead!  That’s powerful!

There is not a deal in any store or on the Internet that begins to touch the deal we get with God when we believe.  First off, it personally cost us nothing.  On the flip-side it cost Jesus everything.  If we ask God to forgive us of our sins and come into our lives as our Savior we immediately are His heirs and will receive His power into our lives.  However, Paul–a man after God’s own heart–knew the secret.  He was praying for those who had the free gift to receive the wisdom and revelation of exactly what that meant in their lives.  He knew its true value—he had done the homework.  Although the gift is free…we have to work to understand what we have in it.

Many of us are looking for the blue-light special religion.  We accept the free gift of salvation because we know we want it—it’s a deal. The price has been paid in full for us already by Jesus’ death.  However, some of us take that for granted and aren’t always willing to do the rest.  By doing the rest, I’m talking about doing the research—you know, getting to know and understand God’s fullness.  We aren’t any less “saved” if we never do anything else after we accept the free gift.  However, just as if it were the latest and greatest electronic toy, if we delve in and find out all about it we typically discover that we got way more than we realized when we originally made the purchase!   Paul was referring to the power given to us as believers as being the same power God used to raise Christ from the dead!  I trust Paul’s opinion about God’s power as he was one who truly sought and found God’s mightiness in his life.  Paul knew what he was talking about first-hand and he desired that the church know God like he did.

So don’t take the gift of salvation for granted.  Treat it as the best deal you ever got in this life because it is!  Read your Bible, seek God’s wisdom and pray for revelation and enlightenment on ALL that He has to offer you as a believer in Him.  I don’t know about you but I want to KNOW the God I serve and I want to HAVE HIS POWER in my life in a mighty way.  So as you’re hopping from Internet site to site looking for the next big deal…don’t forget the greatest deal on earth that you already have right in front of you.  Cherish It.  Praise It.  Get to know It.  Embrace It.  And don’t forget to tell the world about It this Christmas season!  Be blessed…and of course…go be a blessing!

4 thoughts on “Black Friday, Cyber Monday…Where Is the Best Deal?”